Had I ventured outside of my hostel and wandered into one of the many shops offering coach trips, I could have bought a coach ticket to Melbourne.

Instead I went on the internet and found that there was a train to Melbourne, the ticket cost $45 and the journey would take 11 hours. Call me mad, but it sounded perfect to me.

Truth be told I decided to take the train because the idea for this trip was formed on a twelve hour train journey from Bucharest to Sofia, passing through Romanian sunflower fields, the fields appeared endless. This time I was excited to see the Australian countryside, and thankfully the journey was as wonderful as I’d hoped it would be.

As I left my hostel on Friday morning, another beautiful day in Sydney was beginning. It made me think back to three weeks ago when I had watched the sun rise from the plane the day I arrived in Australia. I was glad to be leaving Sydney as I had found it, welcomingly sunny.

I arrived twenty minutes early for my train, and was able to board right away. A week before I could hear this train being called from my hostel dorm at Railway Square YHA, I had stayed in one of the converted train carriages, and was often awoken by the sound of waiting trains and early morning announcements.

The train carriage was spacious, and very clean. The interior was blue, and the windows had a slight tint on them which made the outside appear as though it had been edited on instagram.

I was sat in the aisle seat, which was a slight disappointment, next to an elderly lady who told me she had been married to a famous cricket player. When she found out I was from England and travelling around Australia she insisted on swapping seats so that I could see out of the window.

The first thing that had struck me about the Australian countryside was how green it is. Looking out of the train window I marvelled at the beauty of the countryside, in the brilliant sunlight the colours of the landscape were vivid. The grass was so green and thick, as the wind blew through it it looked like the fur of an animal, making the fields appear alive. 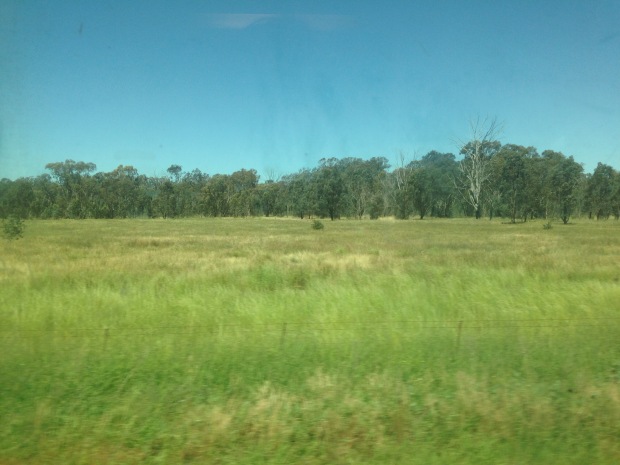 There were trees I recognised and others I didn’t, as I stared at them the part facing me appeared almost black, as though it was hiding from the Sun. The sprawling green pastures were just as beautiful as the beaches I had visited in Sydney, as the grass swayed in the breeze, I was reminded of the way the whitewash mixes with the wave as it retracts from the beach. 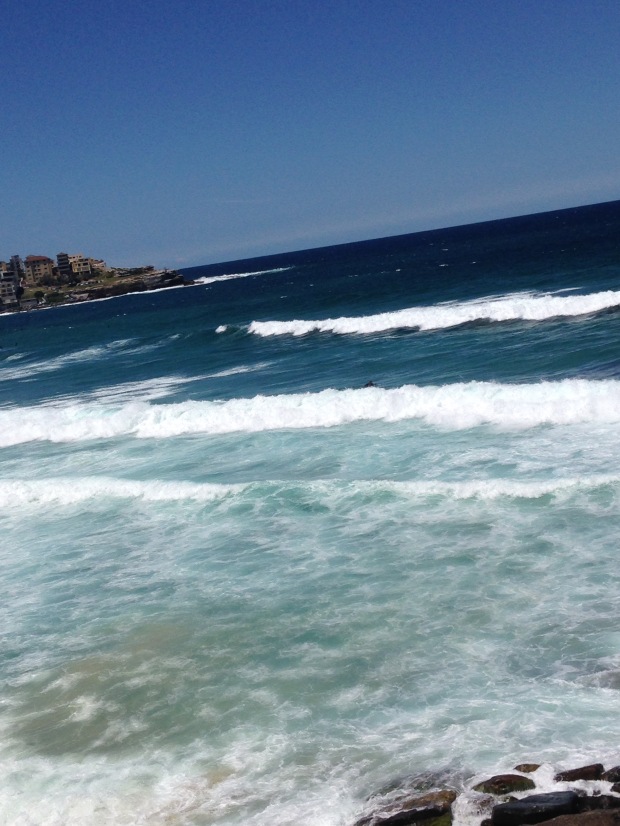 Passing by fields of sheep, cows and horses, I envied those animals. I found myself wondering  what it would be like to be a sheep, I wished the train would stop, so that I could walk across the fields and be completely immersed in nature. 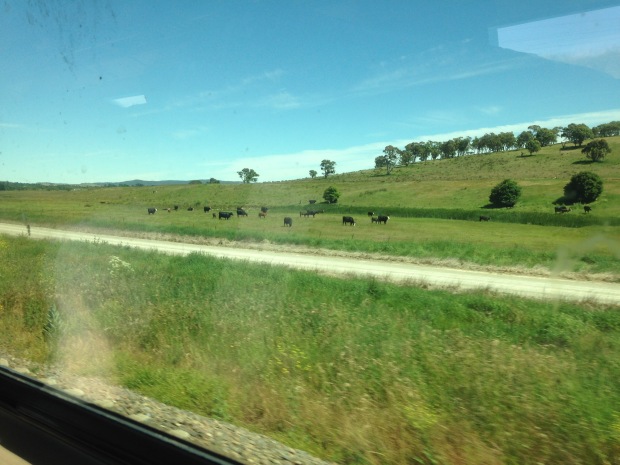 Approaching a town, I saw my first kangaroo, after passing another sheep field. In the tall grass something caught my eye, it was a full grown kangaroo jumping. It seemed alien to me, passing through the countryside, sheep and cows were a pleasant sight, but the kangaroo was totally unexpected. The old woman sitting next to me found my reaction hilarious, and said “I thought you had seen something out of the ordinairy!”

When I travel, I find the process of travelling to a place just as enjoyable as exploring my destination. I love flying, especially that dead time you have when you’re flying above the clouds. The time you have all to yourself, to think, reflect and just be. On the train to Melbourne, I had a lot of time to reflect on my travels, but I also just found myself being present, the thought ‘I am here’ crossing my mind over and over.

I thought of my friends at home, imagining them accompanying me and seeing the same beautiful countryside I was travelling through. I thought of friends I’d made back in Sydney, hoping they were making the most out of the amazing weather. I felt content, and excited for the next leg of my trip.

2 thoughts on “The 11 hour train to Melbourne”

An Historian About Town

History in the Making

Don't Eat the Pickles & Other Stories

Photos and stories that are innately Kait

The Official Student Blog of Marist College in Florence

"Everything happens for a reason!"